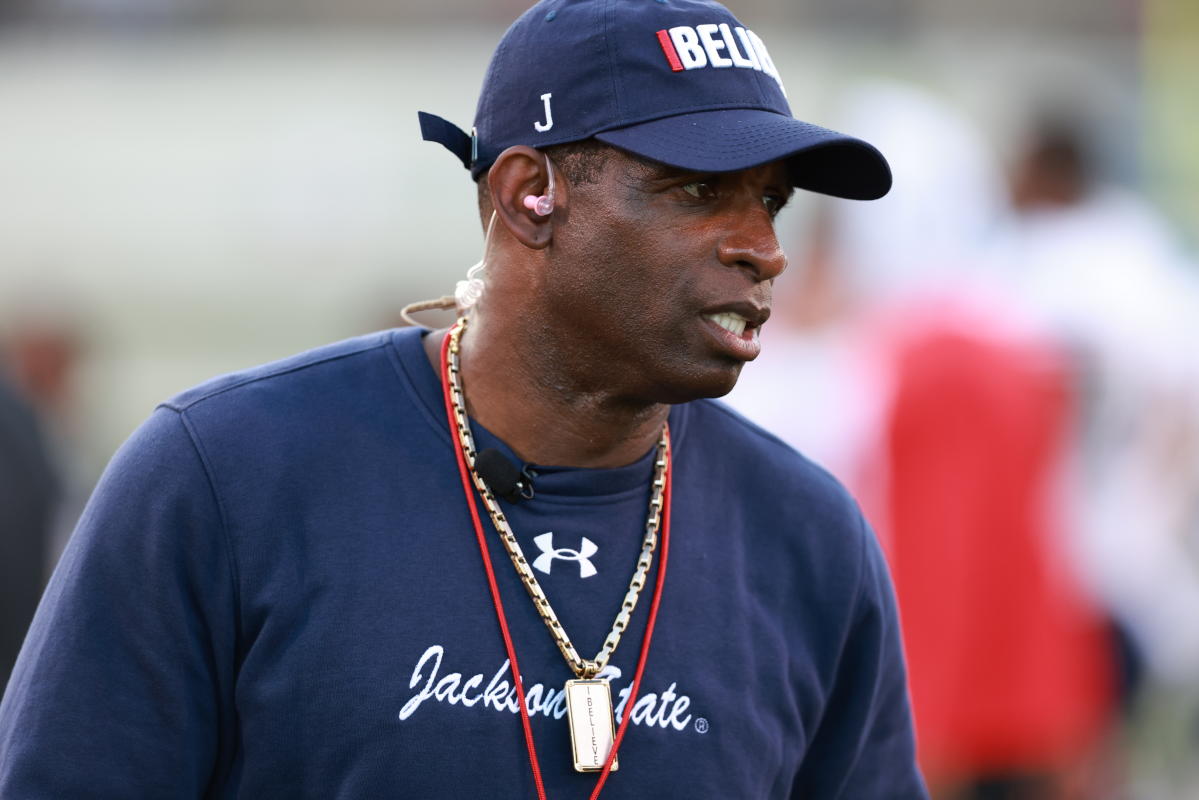 A water crisis in Jackson, Mississippi is forcing the Jackson State football team off campus as it prepares for its season opener.

Head coach Deion Sanders addressed the emergency on Tuesday, announcing on Instagram that he’s moving players off campus so they can have access to basic needs like showers and functioning toilets. Jackson State is scheduled to host Florida A&M on Saturday.

“Which pretty much places a burden on the program. So right now, we’re operating in crisis mode. I’ve got to get these kids off campus. The ones that live on campus, the ones that live in the city of Jackson into a hotel, and accommodate them so they can shower properly and take care of their needs.” 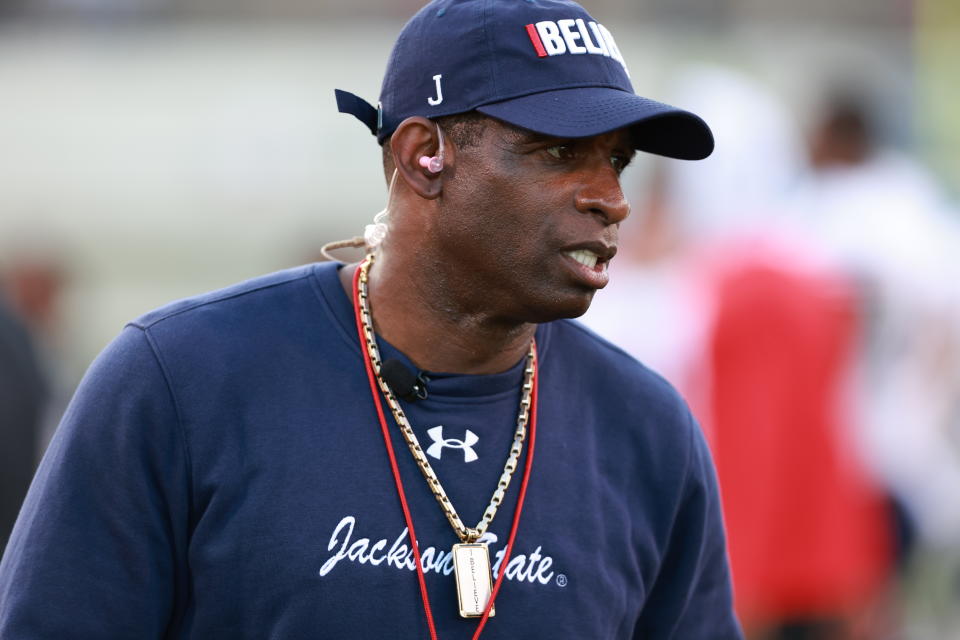 Jackson is Mississippi’s state capital and its largest city with a population of more than 160,000 residents. Mayor Chokwe Antar Lumumba declared a “water system emergency” on Monday while announcing that a failure at the city’s largest water treatment plant resulted in low or no water pressure for residents. Gov. Tate Reeves also addressed the crisis on Monday while declaring a state of emergency.

“Until it is fixed, it means we do not have reliable running water at scale,” Reeves said on Monday, per Mississippi Today. “It means the city cannot produce enough water to fight fires, to reliably flush toilets, and to meet other critical needs.”

Lumumba cited complications from flooding of the Pearl River in part for the plant’s failure and predicted a water shortage “for the next couple of days.” Mississippi has been deluged by storms in recent days, with some areas receiving 14 inches of rain in a three-day period. Lumumba warned residents to “get out now” on Saturday in anticipation of more rainfall.

Per CNN, the Pearl River crested Monday morning, leading to street flooding in Jackson. Lumumba said on Monday that water levels came in “lower than projected.” 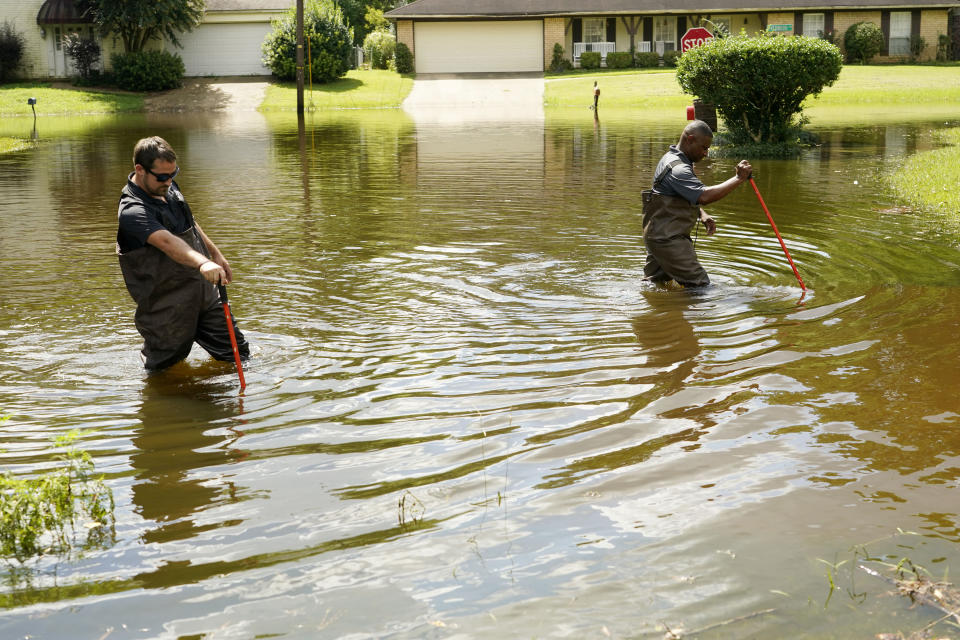 The flooding is not to blame for Jackson’s water infrastructure issues. Per Mississippi Today, the city’s water system has dealt with problems for years. Tens of thousands of residents were left without water for one to three weeks during a 2021 winter storm.

“It’s been building up for years,” state Rep. Ronnie Crudup Jr. told CNN on Tuesday. “But we have had an unprecedented amount of rain in the last two to three weeks, and it just kind of created this havoc, what we are dealing with right now.”

Residents had been under a boil-water notice since July after testing showed contaminants in the city’s water supply. Reeves urged residents on Monday not to drink tap water.

“Please stay safe, do not drink the water,” Reeves said. “In too many cases, it is raw water from the reservoir being pushed through the pipes.”

Jackson’s WLBT 3 reported on Tuesday that the city’s public works director Marlin King had been reassigned amid the water crisis. Per the report, King told WLBT that the decision was made after he spoke with Lumumba and told the mayor that thee were issues of employee mismanagement, unpaid vendors and a poor work environment.

“He asked me to come in and identify some issues,” King told WLBT. “I’ve identified them, and he’s now going to bring in someone who can work through them.”

CNN reports that the National Guard has been called in to distribute drinking water to residents and help get the water treatment plant back online. Residents waited in line for hours on Tuesday with hope of receiving drinking water.

Jackson Public Schools announced on Monday that the system was switching to virtual learning indefinitely, and Jackson State set up virtual learning for the rest of the week while vowing to deliver water to residence halls, according to Mississippi Today. As of Tuesday, there were no stated plans of rescheduling Saturday’s Jackson State-Florida A&M game, or moving it to another location.

85 reviewsServing Fort Lauderdale and the Surrounding Area9 years in businessBeat or match pricesMy friend and I were looking to go paddle boarding and stumbled on this place on groupon. They were offering a really good deal for two hours of paddle boarding (though their prices… read more72 reviewsServing Miami and the Surrounding AreaFree parkingWalk-ins…

Jet-Ski Rental (Long Term) Give us a call at 561.508.7575 for long term Jet-Ski rentals! (Minimum one week) Jet-Ski Rental Requirements | 16 years old, major credit card and a valid drivers license, and watch a short safety video. You will then be briefed on the State and Local personal watercraft regulations and instructed on…

Breadcrumb Trail Links Ottawa Senators Hockey The eight goals were the most Ottawa has scored against Florida in franchise history. Author of the article: Bruce Garrioch Publishing date: Dec 15, 2021  •  December 15, 2021  •  4 minute read  •  Join the conversation Dylan Gambrell of the Ottawa Senators is congratulated by teammates after he […]